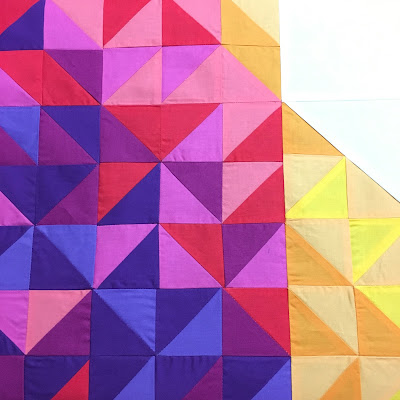 One aspect of the Modern Quilt Guild's annual QuiltCon is the Charity Quilt Challenge. Guilds and individual members have the opportunity to make a quilt using the MQG's chosen theme and color palette. For QuiltCon 2018 in Pasadena, CA, the theme is Modern Traditionalism, and here's the MQG's definition:

This is the color palette we were given to work with:

Armed with all that information, the KMQG got to work. We wanted to do something with a connection to Knoxville, East Tennessee, or the Smoky Mountain region, so we did some research on patterns and designs that identify with the area. We found a traditional pattern by Bonnie K. Hunter of a slanted star, called Smokey Mountain Stars, and took it as our inspiration.


Member Jennifer Grace sketched an oversized slanted star made of half-square triangles with a shattered appearance and an ombre color effect, and we were off to the races. 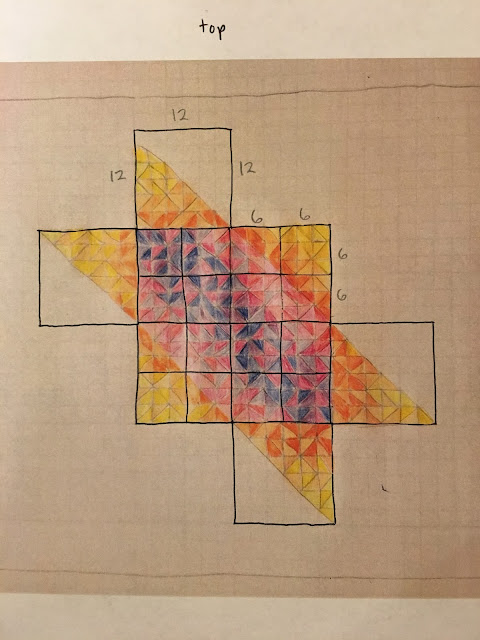 We divided up the star in such a way as to allow members to piece portions of it. Blocks are 6 and 12 inches square depending on placement, so the half-square triangles are only 2 inches finished. 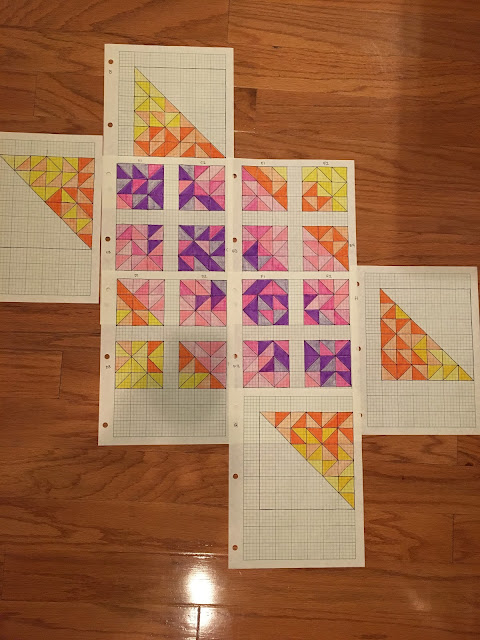 Fabric was ordered, and member Elizabeth Rea cut kits for members to create their assigned sections. 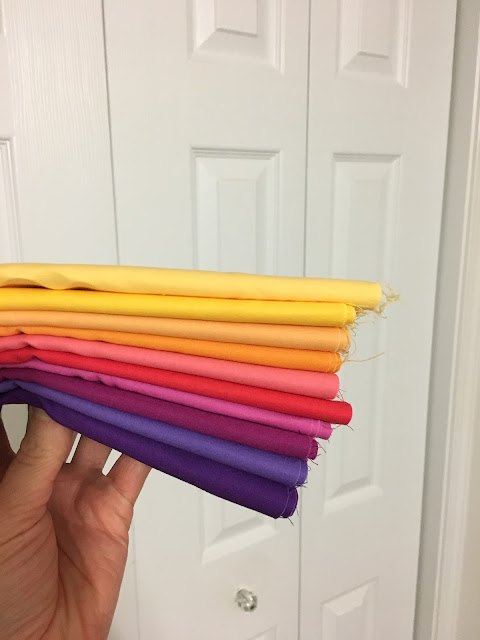 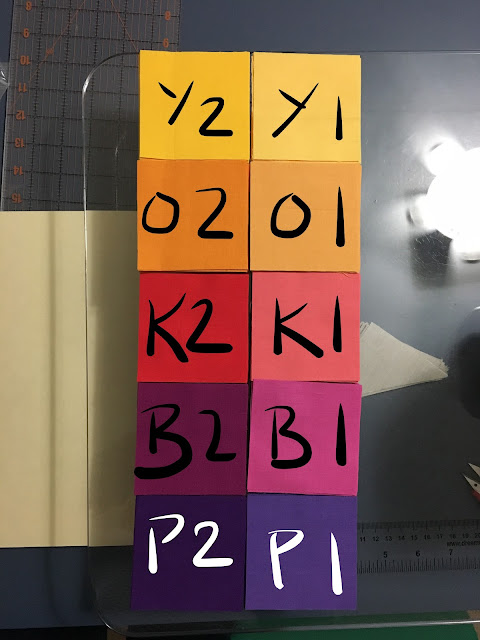 The members' sections were assembled into the large star, which was surrounded by white space. 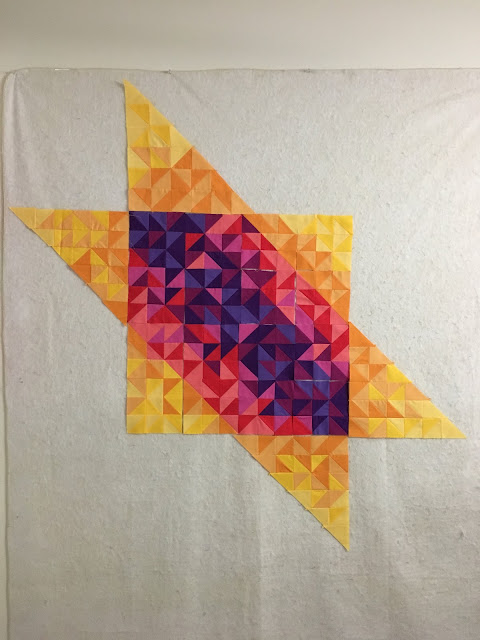 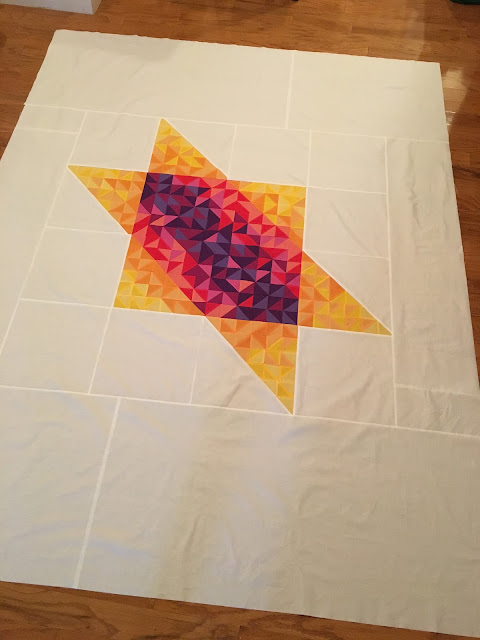 Member Pat Pike quilted it on her longarm machine with undulating waves to create movement and add texture while not distracting from the design. Melissa Everett added binding, strategically placing color at opposite corners, and a sleeve so that the quilt can hang with others in the charity challenge display in Pasadena. 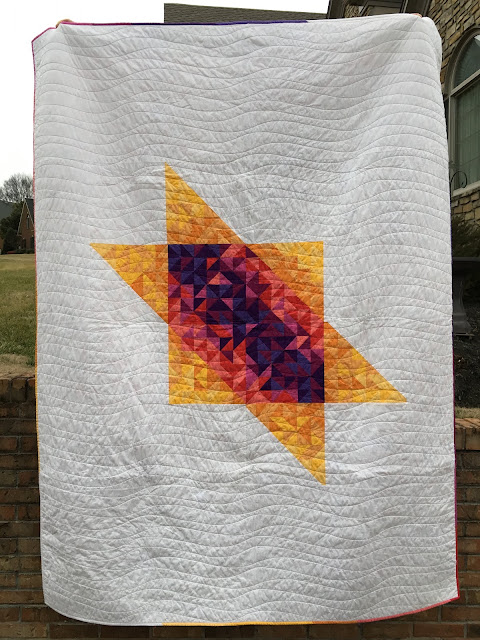 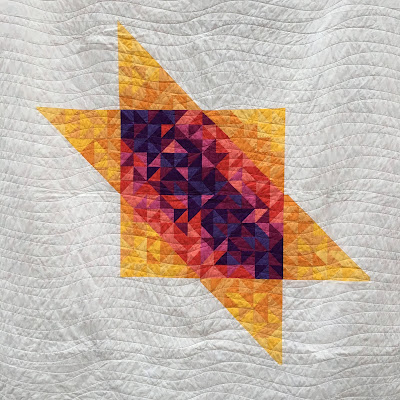 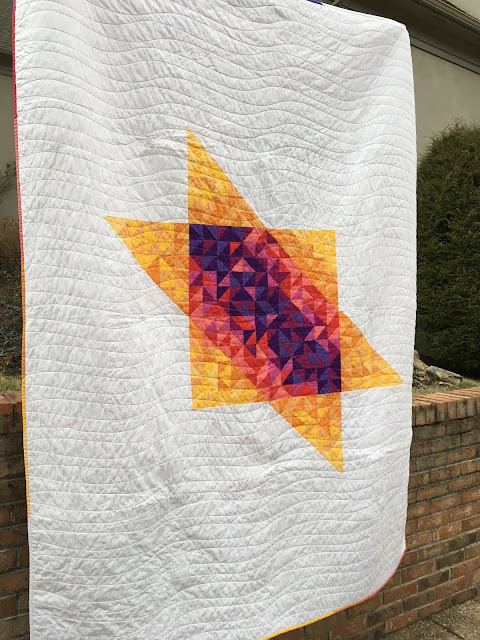 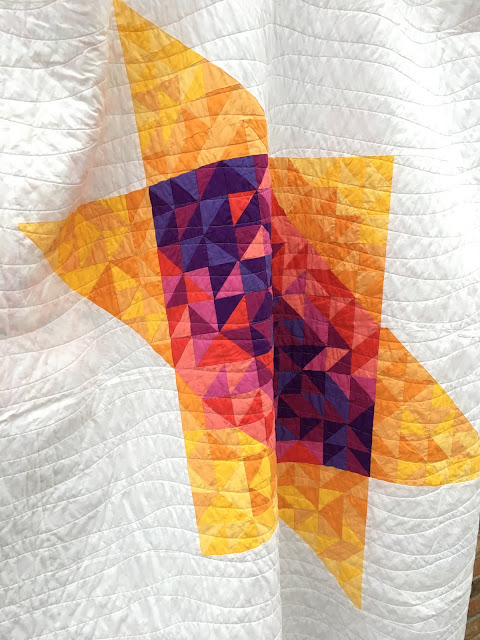 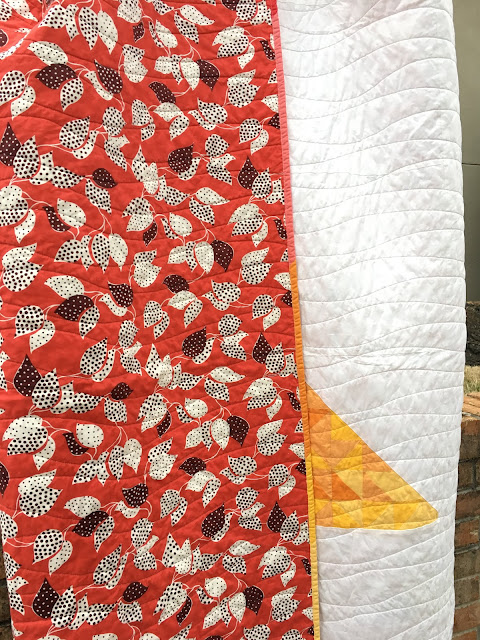 This quilt and its inspiration reflect our guild’s home in the foothills of the Smoky Mountains and the beauty we see here every day. We hope everyone who sees it at QuiltCon enjoys it, and we look forward to donating it locally when it returns. 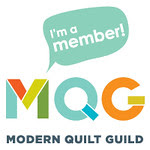